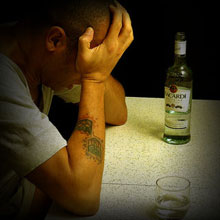 The Governor General, His Excellency, Sir Patrick Allen will declare November as Drug Awareness Month under the theme “You’re sure to lose, if you abuse the booze..” This activity opens a new phase of Jamaica’s antidrug prevention strategy aimed at reducing the national consumption of alcohol.

Alcohol is a intractable problem in Jamaica. Seven out of ten Jamaicans have tried alcohol and one out of three Jamaican adolescents currently use alcohol. An estimated 93,000 Jamaicans have a problem with alcohol and are in need of care and treatment.

Since January 2010, the National Council on Drug Abuse (NCDA) has partnered with several community based groups and institutions in providing alcohol literacy sessions dubbed “Count your Drinks.” Michael Tucker, NCDA’s Executive Director said, ” Over the past twelve months, we have introduced thousands of Jamaicans to a new way of counting their drinks. We have been raising public consciousness about the consequences associated with the overuse of alcohol and the impact that this will have on the national purse.”