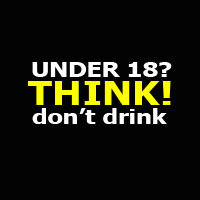 The National Council on Drug Abuse is taking its responsibility to build awareness about the dangers of underage drinking seriously! The Council has recently embarked on a joint media campaign with the Ministry of Health HIV/STI programme to address the twin evils of alcohol abuse and risky sexual behaviour. The media campaign which is to be launched during drug awareness month in November will seek to build the self efficacy and support healthy decision making in the under 18 population.

The need for this campaign is rooted in the results from the Global School Health Survey in 2010 showing that the percentage of students who drank at least one drink containing alcohol on one day or more of the past 30 days was 52.5%. The survey also indicated that 35.3% of students (13 – 15 years) drank so much alcohol that they were really drunk on one or more times in their life.

The goal of the campaign is to:

1. Highlight risks associated with alcohol use and sexual decision making.

2. Promote the protective factors of improved decision making skills, self control and delayed gratification in the use of alcohol in youth 12 – 18

Look out for it and tell us what you think!