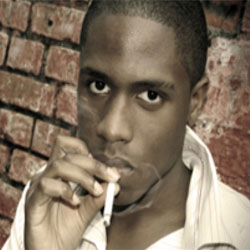 Adolescent Smoking on the Rise… Are the dangers known?

Since 2001, the National Council on Drug Abuse (NCDA) has conducted the Global Youth Tobacco Survey. The data has shown a steady increase in the use of and exposure to tobacco among our youth. There was a 10% increase from 2001 to 2010 in the number of adolescents who reported ever smoking a cigarette (34% to 44%). Similarly there was a 10% increase in the adolescents who reported that others in their home smoke, from 30% in 2001 to 40% in 2010. Those who said they were “around others who smoke cigarettes” increased from 60% in 2001 to 67% in 2010. 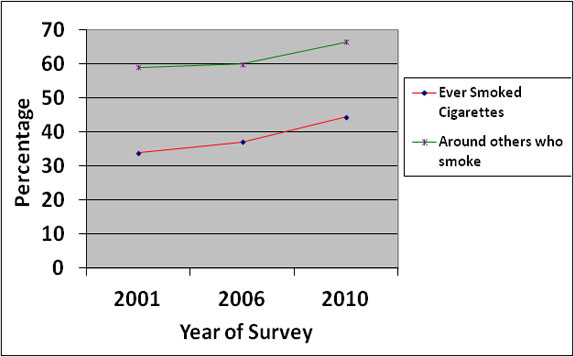 The influence of peers determines the choices made by adolescents. The Tobacco Survey found that there was an increase in the number of adolescents who reported that all or most of their friends smoke – from 7.4% in 2001 to 14.1% in 2010. Most young people do not consider the long-term health consequences associated with tobacco use when they start smoking. Among those who persist in smoking, one third will die about 13 years earlier than their nonsmoking peers.

The next time you see or hear of an adolescent smoking, seek to preserve and protect their health.

Tell them that smoking cigarettes can cause disease and death and that there are more than 7,000 chemicals and chemical compounds in cigarette smoke, many of which are toxic and can cause immediate damage to the human body. Tell them that young adults under age 30 who started smoking in their teens and early twenties can develop smoking related health problems.  The next time you see persons selling or giving cigarettes to adolescents, try to prevent it.  Not by force, by communicating facts. Over 75% of the adolescents who participated in the survey (in 2001 and 2010) stated that they were not refused the sale of cigarettes when they attempted to access/purchase them.  As a signatory to the WHO Framework Convention on Tobacco control, Jamaicans must seek to know more and take the initiative to protect our young people from the far-reaching effects of tobacco. Who will protect them if we don’t?