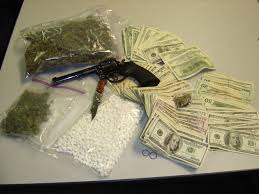 The Jamaican War Against Drugs!

In our own backyard we have been engaged in our own war to stop the illicit trafficking and drug abuse. Drug production and trafficking in Jamaica are both enabled and accompanied by organized crime, domestic and international gang activity, and endemic corruption in all spheres.

The Jamaican law stipulates that possession or use of cocaine, heroin, marijuana, and ecstasy are illegal and subject to criminal and civil penalties. The illicit possession of precursor chemicals is also prohibited by law, and, under the Precursor Chemicals Act or 2005, violations are punishable by criminal and civil penalties up to $35,000 and or 3 years imprisonment. Jamaica is a signatory to the 1988 United Nations (UN) Drug Convention.

According to the JCF, marijuana is used by somewhere in the region of 9% of the population making it the most abused illicit drugs among Jamaicans, while cocaine abuse has reached a plateau of less than 0.1% of the population. However, there is evidence that new drugs, such as heroin and ecstasy, have entered the Jamaican domestic market in small amounts.

Statistics from the Narcotics Division in Jamaica shows how much of a challenge the country faces daily with illicit drug trade and drug abuse.

The NCDA remains committed to supporting all efforts of supply reduction to deal with these aspects of the drug problems that we face.