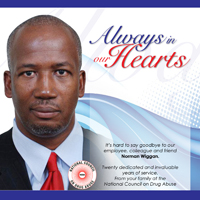 The Drug Abuse Secretariat has lost a stalwart staff member Norman Washington Wiggan who died on March 13, 2013. He gave approximately 20 years of service to the agency. He was buried on April 6, 2013 at a celebratory service at William Knibb Memorial Church in Trelawny.

Norman started his relationship with the National Council on Drug Abuse as a member of the Trelawny Parish Drug Awareness Committee. During this time his organization and leadership skills were clearly recognized and in 1992 when a vacancy for a Field Officer for Western region Norman applied and was duly employed. He went on to establish the Trelawny Community Development Action Committee. Norman Wiggan served the Western Region promoting drug prevention, healthy lifestyle and providing substance abuse treatment and counseling within the region.

Norman saw all of his colleagues as brothers and sisters and as such he treated them that way. He championed the rights of staff. We can remember one such case where one of his co –workers was sick and admitted in the Kingston Public hospital and he was in a wheel chair in the hall way because there were no available beds. Norman called a radio programme and was very vocal about the Government inefficiencies in the public health system. Shortly, thereafter the staff was given a bed. 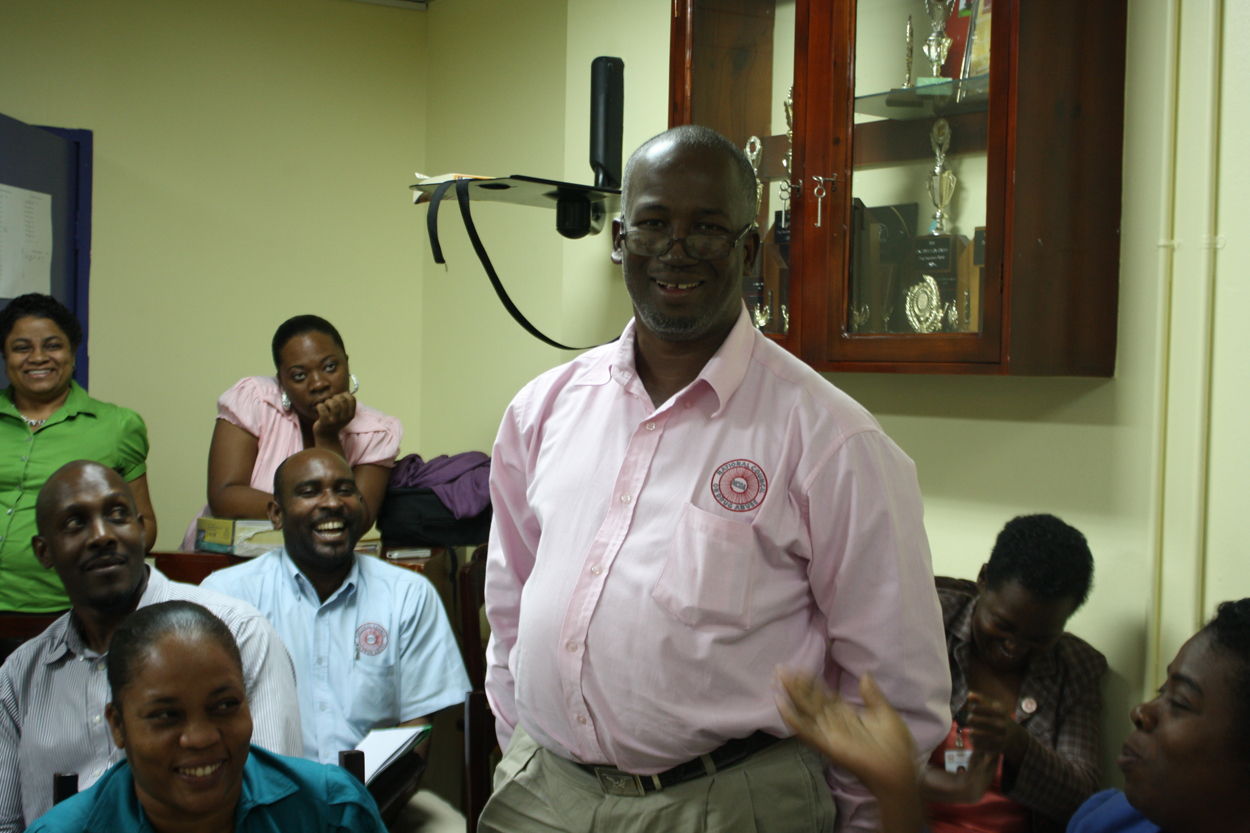 Staff recall many pleasant memories of their relationship with Norman. His friend Oneil remembered a meeting when Norman asked him for a dumpling from his plate and he did not give him. He remembers that Norman spoke about the fact that he never got that dumpling for over two years.

Norman was always being teased that he was difficult and his wife needed an award, his comment was always, “At least I have a wife….”

Denise vividly recalls our staff teambuilding exercise to Mystic Mountain. Norman wanted to go back down to the flat where the entrance and parking lot was located. He refused to go in the Sky explorer alone and begged her to travel down with him.

Erica recalls his selflessness when he journeyed from Montego Bay to St Mary to attend her mother’s funeral despite the discomfort being experienced as a result of his illness. “He suffered discomfort in order to comfort me” she recalls with admiration.

He will be missed by all of the staff and communities he served. Rest in peace our friend.